Winner of the Oxford Brookes Memorial Prize, Wells was shortlisted for the Jerwood Photography Awards and selected for the East Sussex Open at Towner Art Gallery in 2014 by Becky Beasley, Matthew Cornford and Sanna Moore.

Her work has been screened at APT Gallery, Lux Gallery, Candid Projection Room, Trinity Buoy Wharf, Hastings Museum & Art Gallery, Harley Gallery, Broadway Cinema, Electric Palace Cinema, Brighton Cinematheque, OX1 Festival and Wirksworth Festival and she has exhibited widely, receiving commissions for numerous projects and residencies in the UK with a broad variety of communities of all ages and abilities.

With an MA in Photography and a BA(Hons) Fine Art: 1st, she was a senior lecturer on the Photography and Video BA(Hons) at DeMontfort University between 2003-2011. Since September 2012, with a small but perfectly formed team (Alex Brattell and Nigel Green PhD) she developed and ran an HND in Photography at Sussex Coast College, Hastings and is Subject Leader.  In 2017 the team, led by Wells, has developed a new BA(Hons) Visual Communication (Photography) for University Centre Hastings to be delivered from October 2017.

Wells  is an artist, poet, metaphysical explorer, educator and facilitator who works mostly experimentally with still and moving images to explore the most fundamental of intervals, The Gap: that one we perceive between us, between time and distance, beginnings and endings, waking and sleeping, birth and death. A meditator for more than 25 years, she is fascinated by ‘The Theory of Everything’ a scientific proposal that everything is a manifestation of one thing and the connectedness demonstrated by ‘entanglement’.  She is interested in the potentialities of seeing that is a result of the act of looking and the subsequent ‘observer effect’.

She has been described by Grace Lau (Telling Stories: Margate, catalogue 2011) ‘as close to artist-as-shaman as the notion suggests, whose work arrests and compels without any clue as to how or why…She has done something simple – and by the strength of her artistic vision, has rendered it strange and playful, menacing and sweet in complex succession which leaves the viewer at once baffled and overjoyed, at peace and troubled.’ 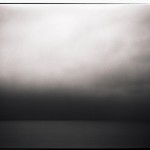